BLUEFIELDS, Nicaragua – To get to Bluefields from Nicaragua’s capital of Managua, first you take a bus for about six hours. At the last stop you move to a boat: either a speedboat that will bounce over the river for two hours or a slower one that takes six hours, Mark Twain-style.

It’s either that, or a ride on a bouncy dirt road that was supposed to be upgraded to asphalt years ago. As Bluefields residents like to say: “Them people in Managua will take another 20 years before that road is built.”

Once a thriving colonial harbor under British protection, and used for the export of coconut, banana and lumber, Bluefields now has a worn-down look of old wooden houses rotting away in the tropical heat.

Read on in Tico Times

Bluefields, 365 kilometers east of Managua, slowly lost its position as an important harbor. The area has often been hit by hurricanes – Hurricane Joan in 1988 almost destroyed the entire town – and the Nicaraguan civil war in the 1980s and ’90s chased investors away.

The city lies in the Southern Atlantic Autonomous Region, which since 1894 has counted with self-rule after being incorporated in Nicaraguan territory. But to some locals, there is little autonomy, and the Nicaraguan government in the capital mingles too much in local affairs without doing enough to help. 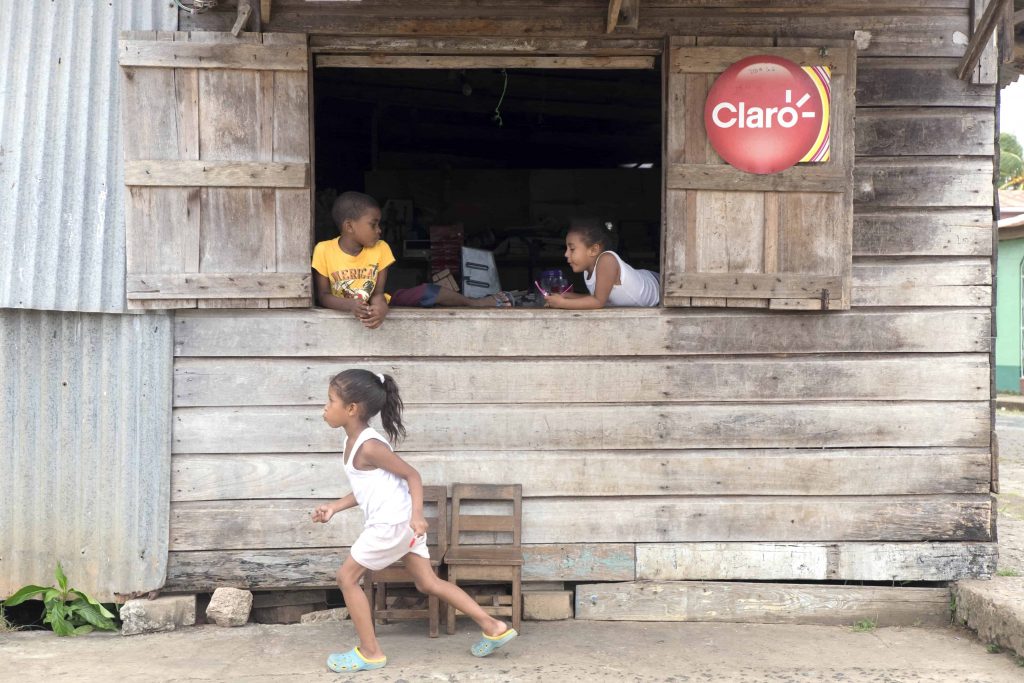 Peter Moore, a protagonist in Bluefields’ movement for more autonomy and rights, is president of the Nacíon Comunitario Moskitia, whose office is a white empty room. On his desk is a typewriter that seems left behind from colonial times.

Moore explained that the Nacíon Moskitia region his organization envisions would stretch from the Gracias a Dios province in Honduras, north of Nicaragua, to Limón, Costa Rica, to the south.

“This is no call for independence,” he said. “This is about restoration of our rights.”

An 1894 document, which Moore and his group of companions use in their fight, states that the people from the autonomous region don’t have to pay taxes to the Nicaraguan government.

In its second article, the legislative document states: “All income that the Miskito coast produces will be invested in their own benefit, reserving the economic autonomy.”

According to Moore the Nicaraguan government doesn’t respect those laws. They tax Bluefields like any other part of Nicaragua, and invest less money in the region’s development. For instance, Bluefields could be a major Atlantic export harbor for Nicaragua, if there was a good connecting route between Bluefields and the Pacific part of the country.

“If only the British would invest again,” Moore said. “Than we could restore the former glory this harbor once had. The British have an obligation to help us now that we don’t receive the autonomy that was promised at that time.”

On the back wall of his office is a white flag with blue strips, which Moore hopes will one day represent Moskitia. The flag resembles Australia’s, which also has a British logo in the upper left corner. 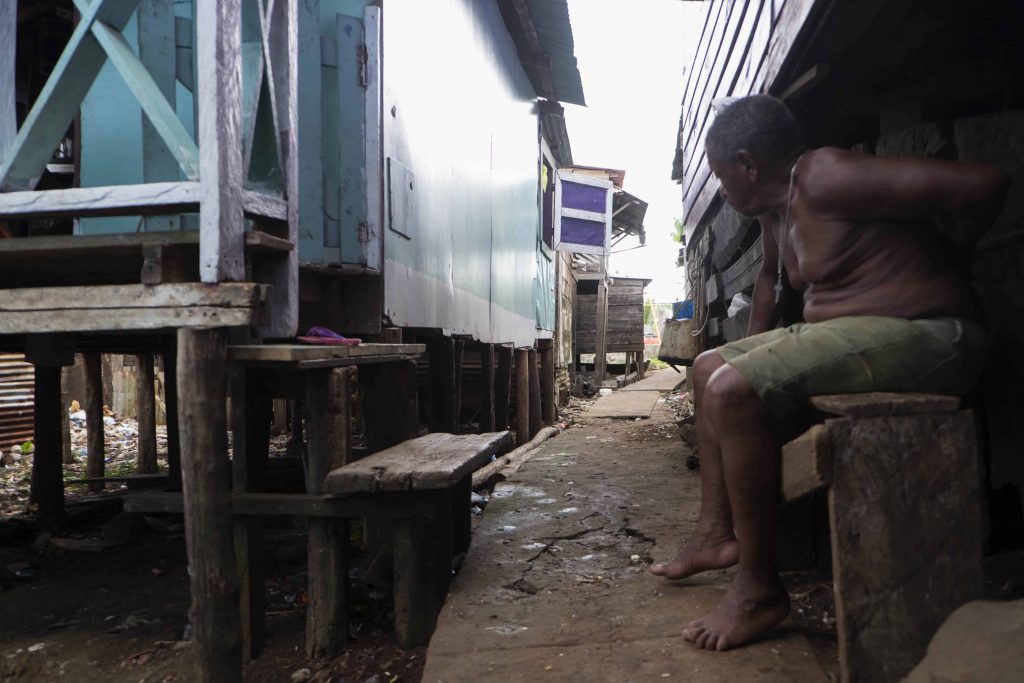 In the center of town sits a free boxing school situated in an old cinema building with a collapsed roof. When it rains, as happens nine months a year in Bluefields, large puddles form in the back of the hall.

The school is run by a group of volunteers to help the youth of Bluefields learn discipline and stay healthy. Drug abuse among young residents is a big problem, especially because the Caribbean is a key route for illicit cocaine from Colombia to the United States.

One trainer tells of how the group sewed their own boxing shorts and punching bags, because they didn’t receive government funding for the initiative.

“The problem is maybe not that they don’t send any money,” said the trainer, who asked that we his name not be published because he criticized officials. “The money simply never reaches here because it ends up in the pocket of corrupt officials.”

Above the ring hangs another flag, the official flag of the autonomy, which has horizontal blue, white and green, with a red triangle on the left side and six stars representing the six local ethnicities.

“We have that flag here to show we don’t discriminate. Everybody is welcome here,” he said.

Bluefields’ population is a mixture of four indigenous groups – Rama, Miskito, Garifuna and Ulwa – the mestizo ancestors of the colonizers and the Creole ancestors of the African slaves. It is a segregated society: Creoles attend the same school, while Miskitos attend their own. Everyone has their own language. 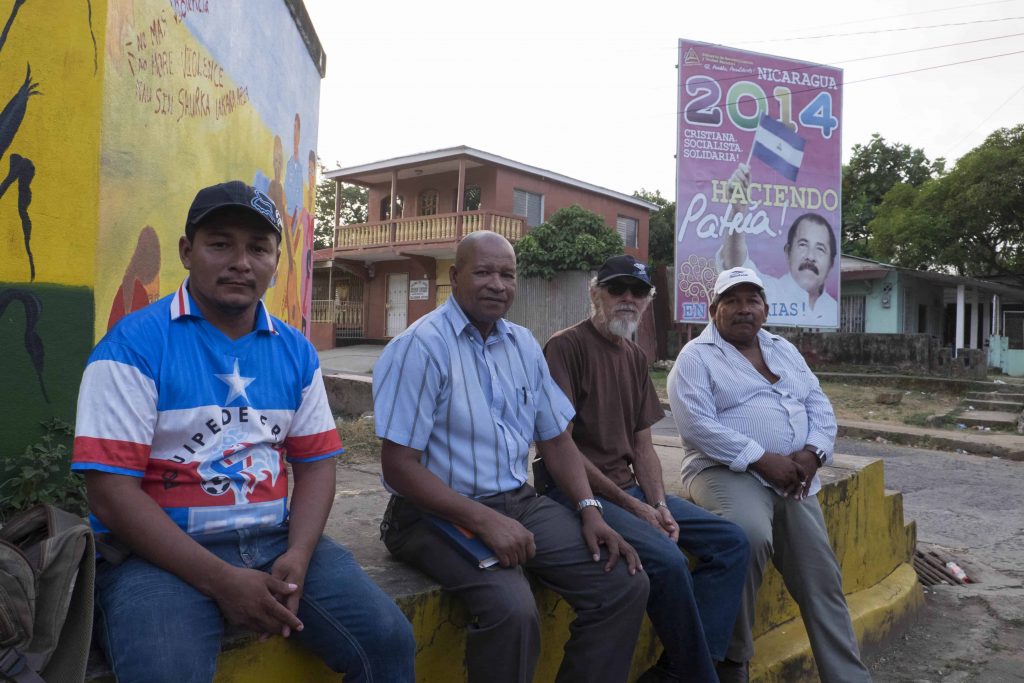 Rupert Clair Duncan is president of the Creole community from nearby Monkey point. He explained to The Tico Times how the Creole communities attempt to gain more political control by slowly infiltrating the government. The way the organization of Pedro Moore wants to take control will only create chaos, he claims.

“Them Miskito men want to take over Bluefields. Take over port. And tell them government, get out,” Duncan said.

He said the different organizations that want independence should work together with a vision.

“We have to find the smartest way to govern this area,” Duncan said. “Everything changes with time. We cannot just come together like communities would do in the old days.”

But what worries Duncan most is an interoceanic canal the Nicaraguan government is planning to dig, which would require the expropriation of land in communities along the proposed route. The government began the project last December with the construction of a road on the Pacific coast, but no one knows yet what will happen on the Atlantic coast. According to a law that was rushed through the National Assembly in 2013, the government can expropriate land from these communities to build the canal.

For the residents of Bluefields, those decisions are always made in Managua, relegating regional autonomy to that of a farce.

“We have to protect our people and our resources. Now they [the government] can just take whatever they want,” Duncan said. 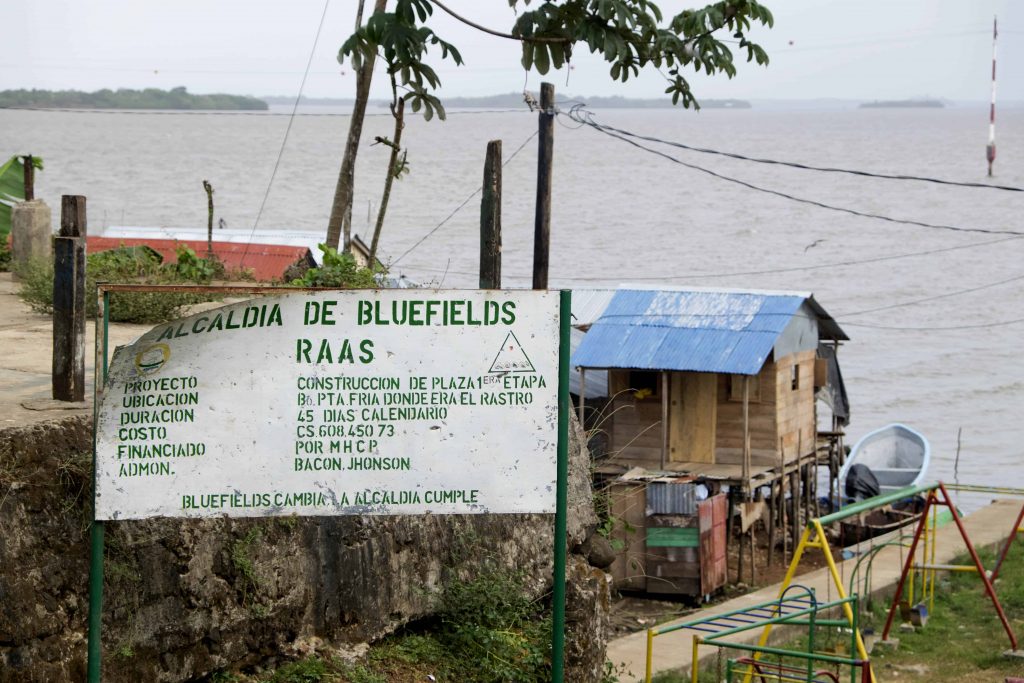 Focusing on the poor

“You have to realize that Nicaragua is a poor country,” she told The Tico Times. “The little money there is we try to divide in a reasonable manner. We don’t discriminate and try to focus as much as possible on the poor. For instance, now we are building 74 new houses, especially for women who don’t have a husband anymore.”

On the subject of the taxes, as described in the 1894 document, the mayor is very clear: “Everybody has to pay taxes. Any part of the world you have to pay taxes. If they don’t pay the tax, what money would we have to invest in our system? The problem is that here maybe 70-80 percent of the people pay.”

She said those who seek independence belong to “a small group.”

Pedro Moore and his small group view Belize as an example of how Moskitia could have been. But if Moore has to choose between independence and development, he doesn’t have to think for long.

“Development,” he said, quickly clarifying that development would never occur without independence. 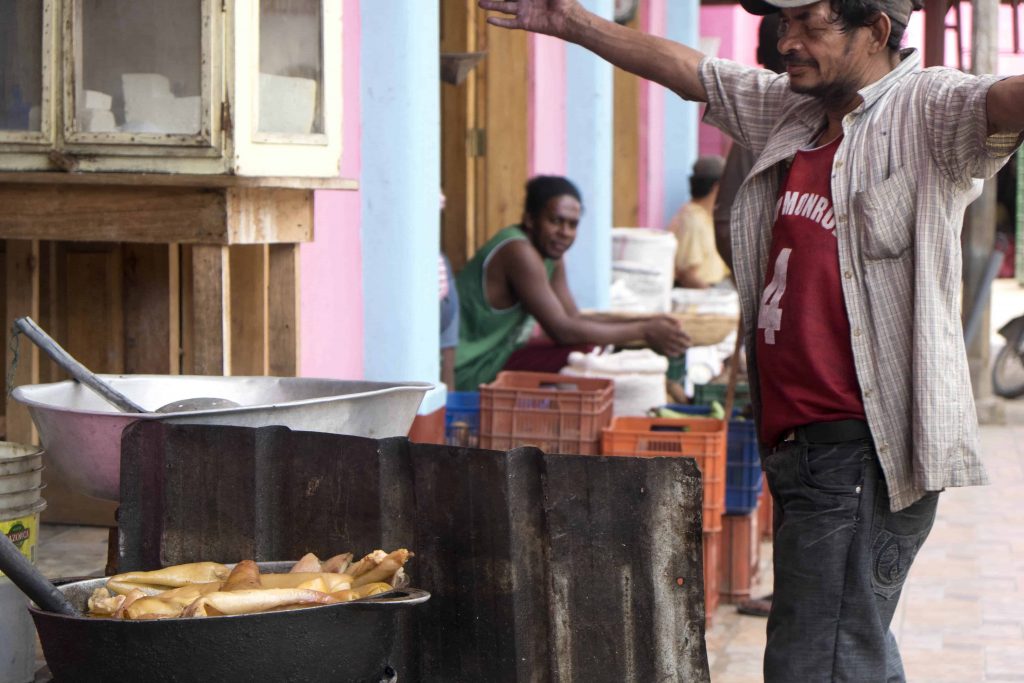